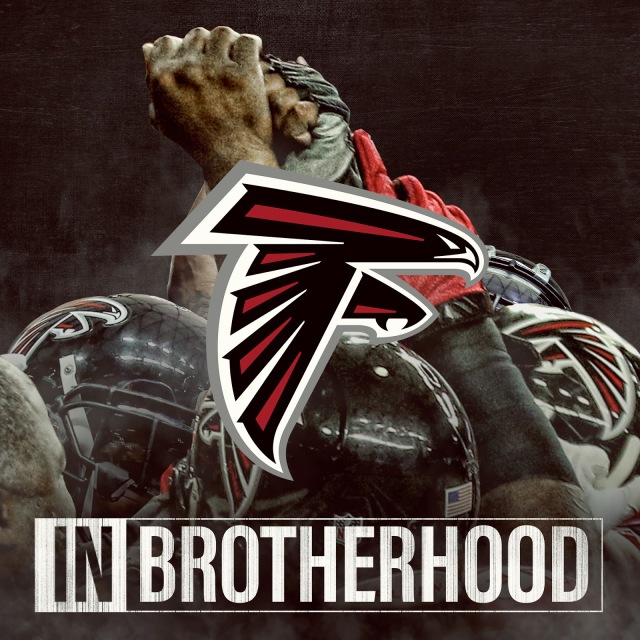 “It’s perseverance that is the key. It’s persevering long enough to achieve your potential” – Lynn Davies

One of the hardest things to do in life is to work relentlessly for countless hours to achieve a goal you’ve set out for yourself, only to wake up one morning to find that you came up inches short. After all the tireless effort and emotion, it wasn’t enough to put the final nail in the coffin of success. This is the position the Falcons found themselves on the morning of February 6th. If you listen to Dan Quinn in June OTA’s, he would make it seem like he has shifted his focus completely on to the next season. These sentiments were shared by almost every Falcon player. They wanted to show resiliency and most of all perseverance.

No matter how you try to prepare and move on, there’s no magic fix formula when you fall just short of a dream many have had since they were children playing in their backyards. There is no way to eliminate the thought from your mind, completely when stepping back onto the field. The first game of the season the question is, “How are the Falcons going to respond to blowing the Superbowl?” The next week Aaron Rodgers is in town. The Falcons thrash the Packers, and the headlines read, “Falcons Exorcise Their 28-3 Demons (for now)”. Patriots week 6, they place it on the scoreboard. Fans have banners, t-shirts and hats made to commemorate the largest blown lead.

Everyone was involved. From the Patriots naming 3/28 Falcons Day. Saints paying for a banner to fly before the game. Sean Payton yelling “Choke” to Freeman on the sideline. Everywhere the Falcons turn this season there has been and will be a reminder of the unforgettable collapse in the biggest game of their careers to date.

This, no matter how it feels, is not the end. I wonder if all of this constant pounding has made it easier for the Falcons to handle as the season progresses. Every time someone references the game, it must sting a little less than the time before. Every time someone tries to throw it in your face as a competitive tool, the thought creeps in a little less. If these Falcons want to shake it off for good, they will need to persevere over this. This season has been a true test of each players ability to accept adversity and fight through it. The Falcons do have the benefit of having a couple players who have been here before. Beasley and Jarrett lost a heart breaker to Alabama in the National Championship just 3 years ago. Matt, Julio, and even Spoon went through their own tough loss in the NFC Championship in 2012. Here they are in 2017-18 season fighting, once again, to get an opportunity at the greatest of accomplishments in their profession. They still continue to persevere, and that may just the leadership the Falcons need going into the final push.

Through all of the adversity this year, this team is starting to show the signs of a team who is on a mission going into the final push of the season. The season has been a struggle for the Falcons. They’ve had to work through personnel changes while also trying to put February behind them. Here they are, week 14, again at 8-5 with control over their destiny. While getting to 8-5 this season has been far less impressive than the record setting season last year, the record still means the same. While many national pundits have written the Falcons off this year, I see them as better positioned for a major playoff push than even last years team. LEt’s review this Falcons team and what it looks like going into the final 3 games of 2017.

1. Chemistry : While no one would argue the chemistry on offense has been anywhere near what it was last season, there has been plenty of progression as they year has gone on with Sarkisian and crew. The yards have been these for this offense all year as the Falcons rank #9 overall at 365 yards per game. They average over 250 passing and 100 rushing per game. The bigger issue has been two things: 1. Untimely drops. The Falcons are last in the league with 25 drops. Both Sanu and Jones are in the top 10 for most drops in the NFL this year with many of those being either crucial 3rd down conversion or even a potential game winning TD (See Julio vs Carolina). The other issue is the Falcons, with 3 games left, have already committed 5 more turnovers than last year. Turnovers can be a fickle stat though and can be controlled. More on that later. On the defensive side, this team is making strides on the improvements it made last season especially on the DL. There is a better understanding of how each other plays on the line making a better pass rushing unit and less reliant on a single player to create pressure. 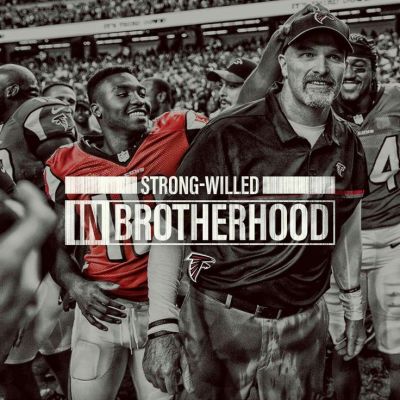 2. Experienced Defense : The defense has quietly continued to improve week to week on the progress it made last year. As one of the youngest units, they are already well experienced having gone through a playoff push last season. Since the bye week, the defense is allowing 19 points a game. This includes two games against top 3 offenses and 6 of 8 against top 15 offenses. Add on that the accumulated record of these teams is 67-48 (55%) it shows this hasn’t been against weak competition. They’re allowing only 200 yards passing per game in that time frame which featured games against Tom Brady, Drew Brees, and Russel Wilson. To put that in perspective, the Falcons ranked 28th last season giving up almost 270 yards a game. They gave up 32 @ home to Aaron Rodgers last year. This year 23 with 2 touchdowns coming in garbage time 4th quarter with Atlanta up 34-10. The Saints scored 32 twice in 2016, this year, 17. This is a young talented defense that is starting to come together under Marquand Manuel. The turnovers are also starting to come back. In the first 7 weeks of the season, the Falcons had only forced 4 turnovers, in the last 6 weeks, 7.
Side Note: I haven’t seen Spoon play many snaps this year. I don’t believe it’s due to quality of play. I’m beginning to believe Quinn is holding Spoon out for the playoffs. It makes since as Spoon has always been an impact player, but for only 6 or so games. 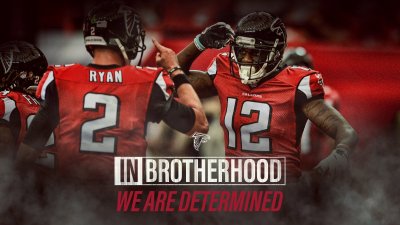 3. Offensive Potential : One of the big factors to the Falcons season is the struggle of the offense at times which was expected to be the Falcons calling card. The offense has been hampered by ill timed penalties and drops. Matt Ryan has 11 interceptions this season. Some of these have been just piss poor decisions/passes by Matt. A fair chunk have not been his fault though. 2 against Detroit came off drops (the 1st of 3 was on MR), 1 in Buffalo was off a drop, 1 against Miami came off a drop, 1 in Dallas off a drop, 1 in Carolina on a terrible route, and 1 in NO off a drop. Watching the film, 7 of Atlanta’s 11 INT fall on its pass catchers. (3 on Hooper, 2 on Sanu, 1 on Nick Williams, 1 on Julio) Some of this is a bit of bad luck on the bounce. The good thing about this is the Falcons have control over this. No one would doubt the ability of Julio Jones or even Mohamed Sanu. They just need to play like the players we’ve all grown accustom to seeing. If the drops stop and Matt throws like he did in the playoffs last year (338 y/g,  9:0 TD:INT, 135.3 passer rating), then Atlanta becomes a very dangerous team with the improved quality of their defense.

4. Defensive Line : Going into the playoffs, Atlanta might run out one of the most rounded and deepest defensive lines in the entire NFL. The Falcons have 34 sacks this season, matching last seasons total, while almost doubling the 19 they had in Quinn’s first season. Even though they have the same amount of sacks as last year, the Falcons are getting the QB down on 7% of attempts which is up from 5% last season. The big change between last season and this season is the push the Falcons can generate up the middle this year. It is forcing QBs to move off the spot, dictating timing, and forcing uncomfortable throws. This DL was on display last season against the leagues best QB’s. They added Pro Bowler Dontari Poe to the mix this year while drafting Takk McKinely who is having a good rookie season as a situation pass rusher.

5. Health : At this point last season, the Falcons had already put 5 key contributors from defense on IR highlighted by 2 starters in Adrian Clayborn and Desmond Trufant. While the season certainly isn’t over, the Falcons have so far been fortunate enough to avoid long-term injuries to any valuable starter or reserve this year. Going into the playoffs this year with full access to the depth chart and the play of shut down corners Desmond Trufant will make a big difference in how the Falcons will be able to match up with opposing teams. 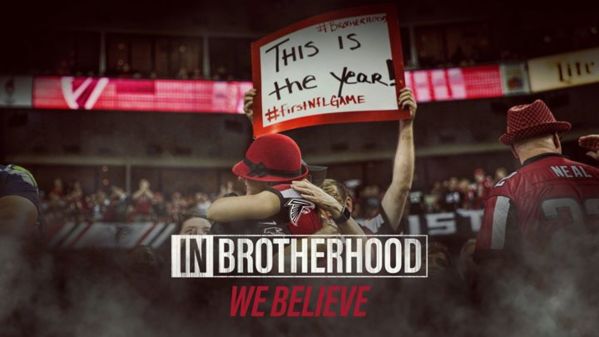