Here rolls in the 2018-19 NBA regular season and the Hawks have some exciting times in front of them and the future looks extremely bright behind their newly formed young core. It started last week with Trae Young nailing a deep 3 to win the game.

While I don’t want to blow this up into being a sure sign he is going to be great, but it does show he has the confidence and depth to take the shot deep if he is feeling it. It will be interesting to see this season if he does this in an intelligent way or if he does this too often creating missed opportunities for the Hawks. Based on Young’s uncanny passing ability and love of passing the ball (favorite player was Steve Nash). There should be a lot of excitement about the potential he brings to the court and it will be a complete shift away from Schroeder who was an attack and kick type player who never developed a real shot from range. John Collins was one of the top rookies last year and his athleticism has been on full display. Prince development took a a huge step last year. All reasons to be excited about what this season has to offer Lets take a look at what to expect from each position and the team overall:

This is one of the intriguing spots for the Hawks who will start rookie Trae Young. Young has said and done all the right things since being drafted #5 overall. Young has a quick release and range for days while the more compelling side of him may be his ability to set up teammates. It will be key to watch his ability to handle the ball in traffic when driving to the basket. He will be needed to spread the floor and being aggressive setting up shots for teammates. Jeremy Lin is one of the underrated guards in the league. He isn’t Linsanity good, but he is a quality player who should fit well with the up pace tempo the Hawks want to play. He should be a good mentor for Young in how to read the game and adjust to what teams do to try and limit his abilities. Jaylen Adams is currently 3rd string but most likely won’t make final roster and will be sent to the G League for further development. 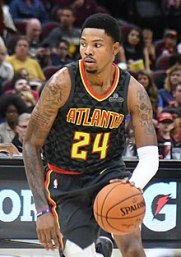 This will be one of the more interesting positions to keep an eye on for who ends up making the final roster. Kent Bazemore figures to be the returning starter as a good veteran leader who does all the little things to help a team win. He has struggled with injuries which has hurt his play the last two seasons, but I’d expect a better year this season after a full healthy off-season to get into form. 1st round pick Kevin Huerter figures to back him up and take a developmental role this season, but do not think that the Hawks are sold on leaving Bazemore as the starter throughout the entire season.

Huerter adds an interesting size and defensive element to the Hawks while also possessing good range on his shot. 3 & D shooting guards are becoming more popular in the NBA as there is more emphasis on switch and perimeter defense. Baze brings the defense, but he’ll need to hit his shots to hold onto the starting spot. Behind them is DeAndre Bembry and Vince Carter. This will be an interesting follow to see how many wings the Hawks decide to keep on their roster. Bembry is young and has shown flashes of some potential whereas Carter adds a big veteran experience presence the Hawks may want with such a young roster. I wouldn’t be surprised to see the Hawks keep both as Carter can play the SF and Bembry can play the PG giving them flexibility within the roster.

Taurean Prince really took a step last year and will be leaned on to do so again this season as one of our more experienced starters. Prince really started to show his ability to not only impact the floor on the defensive end, but to be able to score in a multitude of ways. This is something the Hawks will need to be competitive this season. Tyler Dorsey is technically the backup though he will see time at the 2 as well. Dorsey started to come on the end of last season and plays with a lot of confidence. His development is another key piece to the Hawks long term plans as a young talented perimeter player who struggles to defend individually. Behind Dorsey is Justin Anderson who came over form Philly. This figures to be a competition player signing but he may end up making the final roster as another guy who can give the Hawks some flexibility on the wing. There is also some expectation of the Hawks running more small ball lineups needing depth on the wing.

This position is clearly owned by John Collins who has done nothing but impress since entering the league with crazy athleticism. Collins has talked a lot this summer about improving his 3 point shot and stretching the floor for defenses. This development will be key in his ability to dominate games for the Hawks. His athletic ability gives him a very Ben Wallace like potential on the defensive end where he can roam the center and challenge shots in the paint. He came out of college with questions about his defensive ability, but in his rookie season he put to rest his ability to be able to have an impact on that end of the court. Further development could make him one of the better two way 4s in the league. Behind him is 2nd round pick Omari Spellman who has had moments of quality play and struggles throughout the preseason. This is to be expected for a rookie, but he figures to be a part of the Hawks future plans. I am not expecting a huge impact this season from Spellman, but he is a mutli-faceted player who will find his place in the rotation this season. Behind them are Alex Poythress & Thomas Robinson who neither figure to make final roster, but may find themselves on the developmental team. 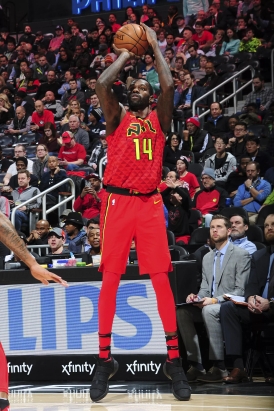 This position is still the biggest question mark for the Hawks this season and long term. Starter will be Dewayne Dedmond who is a solid NBA player, but he doesn’t shift a needle either way, and can be a liability against the better more athletic big men in the league. He will get his boards and provide good team defense being a Pop student, but he won’t move the needle in terms of wins and losses. Alex Len looks to own the backup spot. Len was a former 1st round pick in Phoenix and has been a disappointment so far in his career. He is a better fit for the team than Plumlee and I am sure Coach Pierce and GM Schlenk are hoping they got a steal here who just needed the right fit and developmental approach. Miles Plumlee may not make this final roster and the Hawks may be content just eating his remaining salary as it looks increasingly doubtful they will want to give up a future asset in order to get rid of his contract. There are only two years remaining including this season, and the Hawks don’t figure to be in the spending frenzy of next years free agency. That makes his contract disposable for the Hawks. This will be a position the Hawks will have to address next off-season to try and lock in a more long term plan for it. 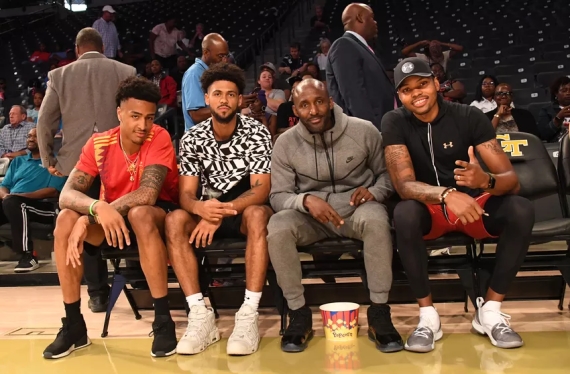 The Hawks overall will be a much funner team to watch then last season. There is some real talent on this team, and the youth will be a nice change of pace from the veteran rosters the Hawks have had the last decade plus. This team should be able to compete for even a low playoff seed and I wouldn’t be surprised to see them finish in the 9-10th seed area if the talent plays as well as they’re capable. There are questions on Lloyd Pierce’s ability to be able to lead a team, but he comes from great coaches and a team who went through a similar process the last several seasons. 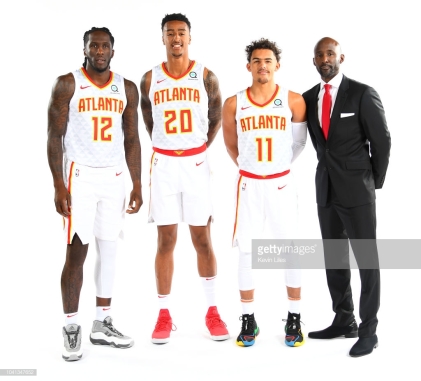 The Hawks will play better than many project because they have talent who aren’t rookies and should shine now that they’re leading the way for the team. Many predict they have no chance of a playoff appearance, but in an East that is very top heavy, but questionable under that, I would not put it past the Hawks realm of possibilities especially when we consider it may be possible to make playoffs with a losing record in the East. Ultimately, what Pierce and Schlenk are hoping for is a competitive team that goes through many lessons this year to help them develop over the next several years. The team is talented enough today though to become competitive faster than many have predicted. I think the Hawks ultimately win around 35 games as they will probably tinker with the roster all year to try different things without fear of losing. If they try to compete and go for playoffs 40-42 wins is in the realm of possibility as well.