As of August 29th, 2018 the National League East standings are as follows:

This is quite a surprise for almost any avid baseball fan and any baseball analyst or commentator. Nobody had the Atlanta Braves leading the NL East this late in the season. It was predicted to be a tight race between the Phillies and the Nationals. With Bryce Harper‘s struggles and a few minor injury speed bumps, the Nationals are currently 8 games back in the standings. The young and talented Atlanta Braves roster has really come to fruition much faster than anticipated. Roanld Acuna had lots of hype surrounding him, but few players with that amount of hype actually produce, he has done exactly that. Jake Arrieta is pitching for the Phillies tonight, he will start tonight’s game with a 9-9 record which is not horrible, but not what Philadelphia expected from their new “ace”. The Washington Nationals currently do not have a single player batting over .300. The Atlanta Braves have two in Nick Markakis (.311) and Freddie Freeman (.310).

The Phillies also have two batters above .300, newly acquired Wilson Ramos (.313) and Roman Quinn who has only played 25 games with the team but is batting .350 in his 60 plate appearances. If you take the top 5 RBI leaders from each team, the totals you get are quite surprising.

That’s a 56 run difference between Washington and Atlanta and a 65 run difference between Washington and Philly.  Max Scherzer has been the only consistent thing in Washingotn this season (as expected) going 16-6 with 249 Ks and a 2.22 ERA. The bats are the obvious problem in Washington which has them back 8 games in the east.  They need to find their swing before anyone starts to worry about them.  I expect things down the stretch to be different, I think Washington picks it up and closes the gap in the NL East race, but at 8 game back now, it might just be too late.

I’m curious if Atlanta’s hot bats and young arms can continue this season long hot streak. Nobody expected this young talent to develop so quickly, but it has, and everyone is wondering if it will continue or take a dive eventually. The Phillies are the king of small ball.  They don’t have any superstar bats, but they hit the ball well. The Phillies always seem to be on base, always drawing walks, a single here, a double there.  Aaron Nola has been a godsend for Philadelphia this season. 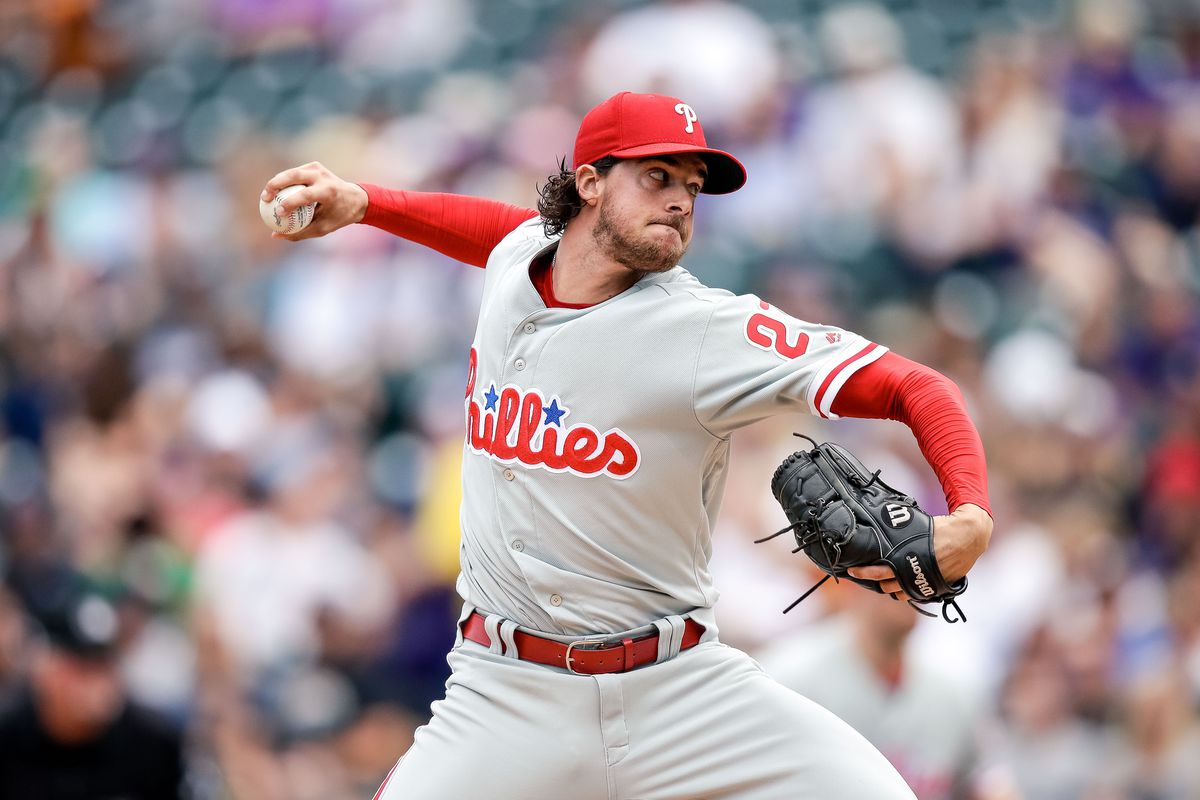 He is 15-3 with a 2.10 ERA and almost impossible to beat. The true and undoubted ace of the team.

When it comes down to it, I truly believe the Braves will hold onto this 4.5 game lead and take the crown of the NL East.