CFB is in full swing, and the season begins its shift from cupcakes to tougher conference games unless your Alabama, of course. Let’s take a look at a couple lines that look appealing.

Texas Tech is coming in hot this season after blowing out Oklahoma State at home. Making TTU one of the teams people will be watching and considering taking again this week as the Mountaineers come into town. Last week I was all over Texas Tech and took them +400 on the straight money line. This week give me WVU and Will Grier. The freshman, Bowman, has a bright future in TTU, fans should be extremely excited about the potential over the next few years. However, this is a classic freshman trap. WVU defense is stingy and tough allowing only 4 TDs all season and holding opponents to 34% on 3rd down. Bowman made some mistakes last week, and I’d expect the same this week against a better defense. WVU 31 – TTU 17 Nebraska is coming in with Frost and been one of the larger disappointments early in the season. Meanwhile Purdue is coming in off a big win against Boston College. Purdue is throwing the ball all over the field this season,  but it hasn’t translated into many wins. Going into Nebraska against a desperate hungry team, and I’ll take the desperate team with a good coach. Neb 26 – Pur 17 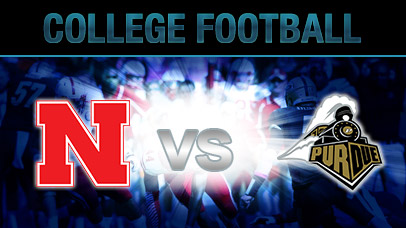 Duke has been an improving team under David Cutcliffe, and this year the tradition looks to continue. Virginia Tech has higher hopes coming in, but traveled to Old Dominion last week and the Monarchs put together their best performance possible and managed to pull the upset. I do not like this line for Duke at all. VT lies only 3 hours away for a fan group that travels, and this is the same VT team that absolutely shut down FSU. Sure, ODU played their super bowl, and managed a great performance to get a win in their biggest scheduled game. VT came in lackluster and that’s what happens. However, VT should bounce back this week and upset Duke in Durham. VT 24 Duke 17

This is going to be a great game tonight as we see two of the top teams so far in the country duel it out. Both teams have good balance on offense and defense, but OSU is better passing, while Penn State brings in the rush offense. If you’re a Penn State fan, you’re hoping to slow this game down, muddy it up some, and grind out a win behind their running back Miles Sanders. Unfortunately, this just isn’t the opponent. OSU will be without Bosa, but their interior DL should help keep the running game in check as OSU pulls out the win on the road.