Today rumors came out that Miguel Almiron will be transferring to the other side of the pond and, if true, would be the largest transfer fee collected in MLS history. I’d like to first say thank you Miguel Almiron for all you brought to the Atlanta franchise and us as fans. Class act player and person and we appreciate the energy and attitude in your short time here in our city. It’s been a pleasure watching you play, and the early success that came with it. To be honest, we knew this day would come as you’re more than a deserving player.

On first glance, this is a huge loss to the Atlanta United club. Almiron quickly showed he is a top player in the MLS, and good enough to compete on the biggest stage in the world. For United, that is a caliber of player you don’t just replace. His ability to create in the middle of the field for himself and teammates has been an absolute pleasure to watch. The selfless way he approaches the game with such ease and tactical precision while always looking to make the best play has made United games extremely enjoyable to watch. Truly a joy and we will savor the rest of this season (and a championship!) before you move on to the next stage of your career. 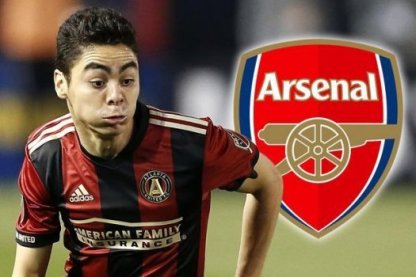 If the report is true, then it will be a very interesting story to watch how others on Atlanta adjust to the change next season with his departure. Does someone step up and replace the production and continue to get good feeds into Josef Martínez? How much of Martínez success directly relates to Almiron? One thing has been very clear; they both relish in each others success and have a genuine chemistry on the field that has helped fuel each others rise over these past two seasons. Almiron has been an absolutely huge part of what has made the United franchise such a success in its early adoption in the league. All fans will surely miss his presence and energy on the field. So how could the loss possibly be good for Atlanta United as a soccer club? 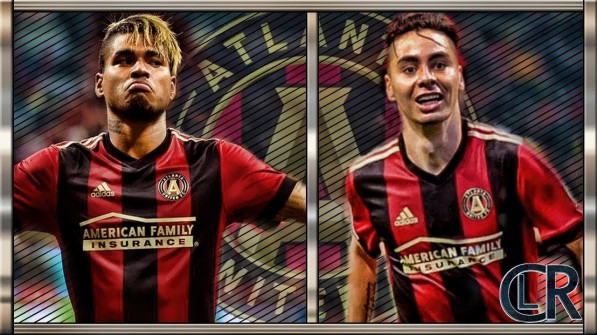 On the field, in the immediate future, there will most likely be a drop off in production overall as a unit. In terms of roster quality, there just isn’t any guaranteed foreseeable way it gets better after this transfer.

What this does accomplish is some precedence that should benefit United moving forward in international markets and at home. First, this brings a large sum of cash to Atlanta United which it can use to find other young quality players and buy out transfer fees to get them on the roster. United spent a record $11mil to get Barco on the roster, and I am sure a big part in making the decision to spend that money was an understanding Almiron would most likely be headed to Europe after the season.

The front office and ownership group have sent a clear message that unlike traditional MLS teams, they will spend their money bringing in young talented players and training them to take the next step. Setting up a cycle of sending players to leagues like the English Premier League or the Spanish La Liega will allow them to continue to pluck good talent from around the world and pay the transfer fees from smaller leagues. The hope is it keeps Atlanta competitive by always having the best accumulation of young energetic talent in the MLS while keeping the team exciting and competitive. Establishing a reputation of having great coaches who can develop young players for the step to the biggest leagues will entice top young players to want to join United to continue their grooming for the next level. The biggest thing for United, establishing a reputation of being a quality club with some of the worlds respected developmental coaches and top facilities will position the club for the growth that is going to come to American soccer.

In the early 2000’s soccer in America started to see a boost in following of the World Cup. This trend continued until this year, where USA soccer did not qualify, turning off a large portion of the audience.

This sent a bit of a shock wave through US Soccer as they also see participation in preteen youth soccer trending down (even though school participation continues to increase). The big piece of this is in the early 2000’s US Soccer didn’t have really any money to invest into soccer programs to continue to grow the sport. Over the past 18 years they’ve built a nice nest egg of over $100 million in extra assets. These assets could be key for them moving forward as it will allow them to invest in bigger more expensive projects to continue to grow the sport. If Atlanta United can continue to fuel a large audience, it further lends credit to a market for soccer in the US and the need to make larger investments to improve youth and developmental soccer leagues.

This popularity is also forcing the MLS to revisit it’s rule structure around the salary cap system. As revenue increase, so will player pay and the incentive for future participation. These things can accumulate over time creating a situation where its not hard to envision in 15-20 years soccer cracking the top 4 sports in US in terms of popularity. United is positioning itself to be a legacy in that growth and a pillar of what the MLS should strive to be. Atlanta’s most iconic legacy in terms of professional sports teams has always been the Braves. Most of their success came outside Atlanta which leaves Atlanta fans not really accrediting that to the city. United gives the city hope that it can host a leagues top team in terms of support and coverage.

This transfer shows Atlanta is serious about keeping the investment train rolling in young players in hopes of further building the team’s popularity while positioning themselves to be a front runner in US Soccer’s potential growth. This is an exciting time in MLS and US Soccer, and it is also a crucial time. The loss of Almiron hurts us as fans and our club’s roster, but positions the club to have continued success going into the future. They do not want to settle for being an alright team, they want to be the Arsenal of the US which is world renowned for its excellence as a soccer club. They want to build a Five Stripes Army! The slogan is unite and CONQUER. Conquer the Five Stripes Army shall do! 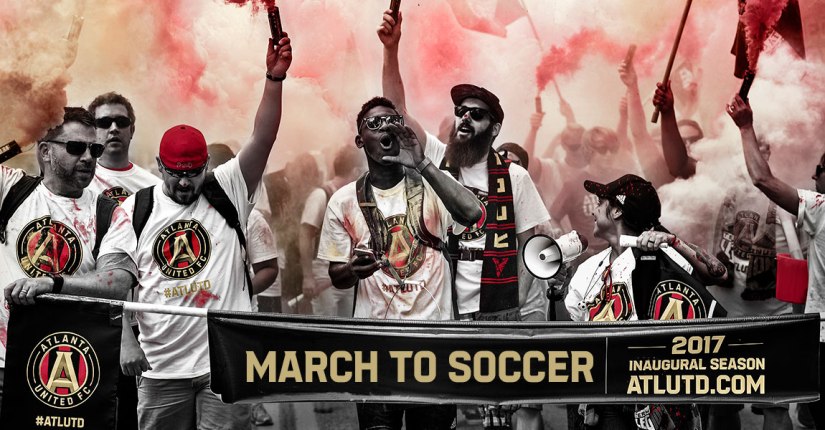